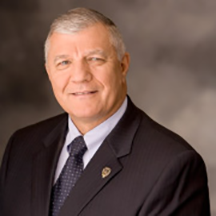 Fairfax, Virginia – April 11, 2019 – MAG Aerospace, a global leader in C4ISR, integration, training, and operations, today announced that General (Ret.) Richard A. Cody, US Army has joined the company’s Board of Directors.

“I have been following MAG at a distance for years both in their position in industry, but also for the critical support they provide to the Warfighter,” said General Cody. “This is a new world we are living in, and we need innovative approaches like ones MAG can provide to meet the complex challenges the U.S. and the world face.”

Prior to joining L3, General Cody served as the 31st Vice Chief of Staff, U.S. Army, a position he held from 2004 until his retirement from the U.S. Army in August 2008. With more than 36 years of service, General Cody has served in six of the Army’s combat divisions and has held several key staff positions to include Commander of the 160th Special Operations Regiment—the famed Night Stalkers and as the Commanding General of the 101st Airborne Division (Air Assault). During Operation Desert Storm, then Lieutenant Colonel Cody led Task Force Normandy, a flight of eight Apache helicopters, into Iraq at 0200 hours on January 17, 1991, and destroyed two critical Iraqi radar sites prior to the start of the Allied Air Campaign.

He has also received major military awards and decorations, including Defense Distinguished Service Medal, the Distinguished Flying Cross, the Bronze Star, and the Air Medal with numeral 3. A graduate of the United States Military Academy, General Cody is also a Master Aviator rated in over 19 helicopters and has more than 5,000 hours of flight time. In 2009 he was inducted into the Army Aviation Hall of Fame. He is also the Chairman of the Board for Homes for Our Troops.

“MAG is excited to add General Cody to our team of highly experienced directors” said MAG CEO, Joe Fluet. “General Cody’s unmatched record of innovation and legendary contributions to aviation and C4ISR make him an ideal addition to the MAG team. I was honored to serve under his command in the Army, and I am again honored to welcome him to our board of directors.”